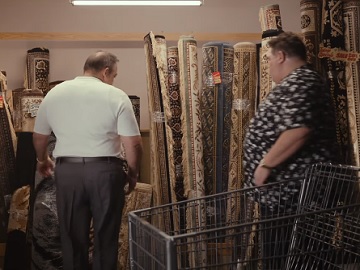 One of the spots, which reflects on the ambiguity of IRN-BRU’s taste, just like many other spots released in the past, features a mobster who, after having a dead man’s body wrapped up in a rug and loaded in a car’s trunk, says that it was the last time Jimmy The Melon said IRN-BRU tastes like melon. “Yeah, boss, definitely tastes like tutti frutti,” one of his subordinates says. When he realizes what he had just said, it’s already too late – he’s going to end up just like his fellow Jimmy the Melon, judging by the final scene of the video.

The commercial ends with the tagline “Let’s just agree it tastes bellissimo” flashing across the screen.

The new campaign debuted on March 10 and runs across TV, social channels and online.

“There’s so much fun to be had with the unique flavour that is IRN-BRU, fans globally cannot agree on the taste that makes it so special – whether you’re a prom date, or a mobster. Whatever the situation, we can all at least agree that IRN-BRU tastes phenomenal,” Adrian Troy, Marketing Director at AG Barr, said in a press statement.