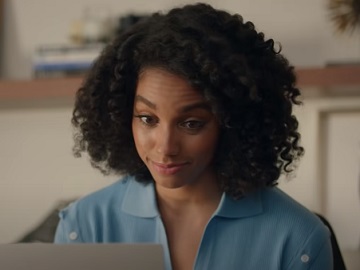 Intel promotes its Intel Evo laptop, powered by CORe, as a laptop that has it all, in a commercial starring Jamie Foxx and his daughter, Corinne Fox.

The spot features Jamie Foxx interrupting his daughter by video-calling her. She tells him that her laptop is powerful enough to handle the call, but her dad calls her from other two devices and acts as if there was a glitch in the connection. He keeps doing that until Corinne walks into the room, with her Intel Evo in her hands.

“Want a laptop that has it all? That’s Intel Evo,” the voiceover says at the end of the commercial, which also informs that this laptop charges fast and lasts, features Instant Wake, touchscreen, and 3x faster Internet.

The father-daughter duo shares the screen in other ads for Intel Evo, part of the “Still Good for Corinne Foxx: Powering Boss Life & Dad Pranks” campaign.