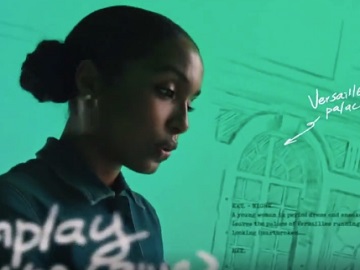 Dell and Intel urge you to “Expand your Youniverse” with Intel Evo by Dell in its latest commercial.

The ad features filmmaker Yara Shahidi writing a script and using the platform to customize and create details for her film set, such as the city her characters live in, the weather, the traffic light, and more. She thus manages to bring what’s in her mind out into the world.

This is not the first time Yara Shahidi appears in a commercial for Dell. In 2021 she promoted the Dell XPS in a spot in which she says she believes in herself, her passions, her voice, and that, “with the right tools, we can be everything we want to be and we can turn what we love into what we do”. “Be all of who you are,” she says in the ad touting the Dell XPS InfinityEdge display, powered by Intel Evo.