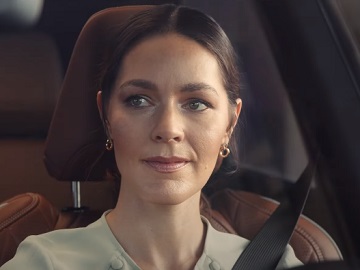 Infiniti has released a new ad to showcase its QX60.

The commercial follows a woman as she’s driving her QX60 SUV down the empty streets of a city where the only inhabitants are a huge version of her toddler and her dog. Huge post-its with reminders of what she needs to do are also shown in order to illustrate the vehicle’s advanced technology. Viewers get a glimpse at the 12.3-inch touchscreen that features Android Auto as well as wireless Apple CarPlay. A secondary 12.3-inch digital gauge display and a 10.8-inch head-up display are optional.

“Take on your wild world in style,” the voiceover says at the end of the ad, which is scored by the iconic song “Wild World” by Yusuf and Cat Stevens.

Wild World, written and recorded by English singer-songwriter Cat Stevens, first appeared on his fourth album, “Tea for the Tillerman,” and is available for purchase on Amazon for $1.29.