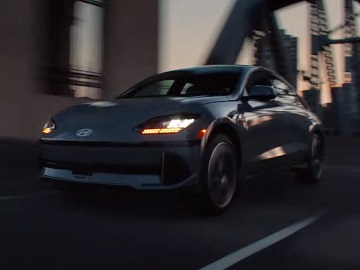 Hyundai showcases its range of electrified vehicles in a new commercial, highlighting that WOW is engineered into its vehicles and hardwired into its drivers.

“How do you describe an exclamation point? A thrill? Or something your eyes can’t just believe. In Korean that word is “WAH” and it’s like “WOW”, but more. “WAH” is the feeling you get on an adventure in the mountains. It’s the roar of a crowd when the goal light flicks on. Or seeing something you’ve never seen before. At Hyundai WAH was engineered into our vehicles and hardwired into our drivers. WAH looks into the future and has the guts to dream ever further. WAH is a celebration, a victory, a smile, and a promise. Nobody does WAH like we do, ” the voiceover says in the 60-second ad, which features footage that illustrates these feelings juxtaposed with footage of its range of electrified vehicles.

The commercial ends with the onscreen lines “We make WAH” and “We make WOW”.