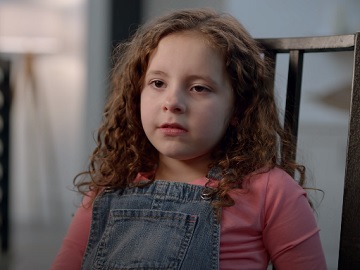 Hooked on Phonics has released a series of hilarious new ads to highlight that your child will learn to read in 30 days whether you want them to or not.

One of the spots features a curly-haired girl who is asked by her parents to have a discussion. When she asks what is going on, her mother tries to say that it is not easy for them to approach this subject and her dad tells her they think she is hooked on phonics.

“It’s preposterous!” answers the girl, which makes her father point out that kids her age don’t use words like preposterous. At this point, the child corrects the man, who had mispronounced the word “preposterous” and asks him to “sound it out.”

“With Hooked on Phonics, your child will learn to read in 30 days. Whether you want them to or not,” the voiceover says at the end of the commercial, which also sees an onscreen line urging viewers to “Get hooked for only $1 at Hookedonphonics.com”.