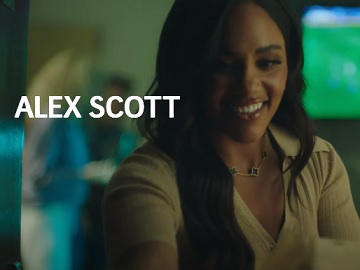 Heineken has released a new commercial to mark the launch of FresherFootball.heineken.com, the first website where football statistics have no gender bias and a place to celebrate all great goals.

The spot features a man watching TV, where a sportscaster talks about a player who, fifteen years ago, led Arsenal to their greatest victory in the club’s history. Juxtaposed footage shows him taking a look at the cup near him and a special limited-edition bottle The Greatest Victory 15th Anniversary being prepared for delivery in a wooden box.

“We’re talking about a real football legend that fans will never forget,” the broadcaster says in the ad, introducing the one and only Alex Scott. “Her goal in the final is just unforgettable,” he adds, while on the screen she is shown opening the door and receiving the special bottle.

“Cheers to great goals. All of them,” an onscreen line reads at the end of the commercial.