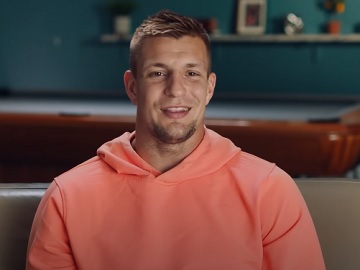 Groupon wants you to experience the chance to win a Super Bowl watch party at Rob Gronkowski’s house and has released a 30-second ad to promote its Party Like a Player sweepstakes.

The spot features Gronk saying he’s not in the Big Game so he’s getting out of town and letting Groupon throw a party at his house. “They’re the experiences pros, plus they promise to keep it chill,” he says, while onscreen images make viewers believe the total opposite, given the fact that there will be huge balls and even cannonballs.

Gronk then urges viewers to download the Groupon app and enter for the chance to score an invite to his mansion for the Big Game or other cool experiences. And if you do, just don’t break anything,” he also adds, while the tagline “Party Like a Player” flashes across the screen.

In order to score the ultimate Groupon experience to “Party Like a Player” at Rob Gronkowski’s 4,486 square-foot house in Foxborough, Mass., during football’s biggest game of the year, on February 13, fans have to enter the Party Like a Player sweepstakes between January 24 and February 2, 2022.

The grand-prize winner and their 15 guests will be flown to Boston and receive two-nights of hotel accommodations. On Big Game day, they will be transported from their Boston hotel to Gronk’s house.