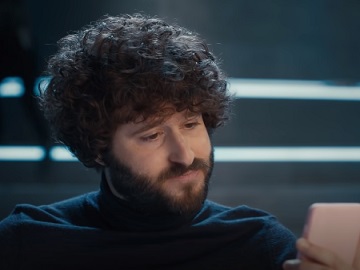 Gopuff has released a trailer for its First-Ever “Gopuff Quartertime Show”, which will be headlined by Lil Dicky.

The video features the rapper, who is also known for his role in FXX’s critically-acclaimed show “Dave,” talking about his involvement in the event. He says it has always been his dream to perform at the halftime show.

Unfortunately, though, no one ever reaches out to him and that is something he has to live with. However, this year, he decided to take the power into his own hands and he’s going to perform at quartertime show, which is a show that exists between the first and the second quarter. He acknowledges that there isn’t the same amount of time that exists at halftime, so he is set to put on the fastest show anyone’s has ever put on.

The one-of-a-kind music spectacle will be streaming live on Twitter, and Gopuff’s and Lil Dicky’s YouTube pages.
Gopuff’s first “Quartertime Show” coincides with Gopuff’s official launch in LA. Following Gopuff’s acquisition of BevMo!, Gopuff is now delivering everyday essentials and alcohol to millions of Angelenos in as little as 15-20 minutes.

Gopuff delivers all of your daily needs wherever you are, for a $1.95 flat delivery fee. The company stores about 4,000 products in each Gopuff location and is open 24/7 in many areas and late night everywhere else, so it can bring you what you need, when you need it the most.