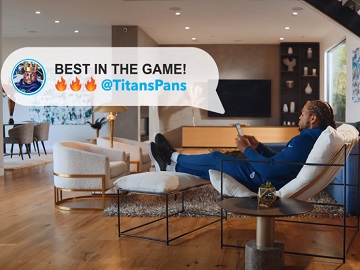 The spot opens with Maya Titan, a small business owner smiling because her culinary supply store, Titan’s Pans, is up and running. The video then continues with Titans running back Derrick Henry accidentally tagging Titan’s Pans instead of his loyal fans when writing a tweet. Due to this “little mistake,” Maya found herself getting thousands of orders. Luckily, she uses FedEx to help prepare for unexpected demand “because you never know what’s next,” the voiceover says.

The commercial ends with the company’s tagline, “Where now meets next”, flashing across the screen.

The 2021 FedEx Ground Player of the Year will be announced at the NFL Honors show at 9 p.m. ET on Feb. 10, which airs on ABC, ESPN+ and NFL Network.