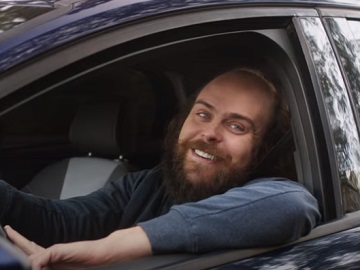 Farmers has released a new commercial to promote one of its Policy Perks.

The spot, titled “Safe Driving Standoff,” features two drivers stopped at a crosswalk trying to drive as safely as possible.

“It’s all you,” one of them tells the other, who has a beard.

“No, I insist,” replies the bearded one, who refuses to go when he’s informed that it’s his turn.

“I appreciate your appreciation, it fills me,” answers the second driver, with a beard, who’s still stopped, waiting for the other to hit the road.

At this point, actor J.K. Simmons, the company’s spokesman, who’s standing nearby, talking to a woman, tells her that safe drivers save money with Farmers just for driving safely as this is one of Farmers Policy Perks. He then urges viewers to get Farmers and get a Safe Driver Discount simply for having a clean driving record for three years.

Farmers has been promoting its Policy Perks in the past, too. Other perks include accident forgiveness, Auto Multi-Policy Discount, Auto/Home Discount, Guaranteed Replacement Cost, and more.