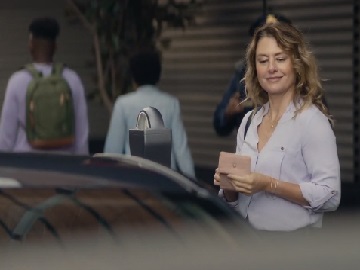 FanDuel has released a new advert to promote its online casino app.

Titled “Parking Win”, the spot is created on the idea that “even a small victory feels like a monster victory and it’s unbeatable” and features a woman who wins parking because the meter in the parking lot is broken. “They can take this all the way to the top but no one can take a win away from you,” the voiceover says while onscreen lines show employees at the “Department of Parking” at work, including the president of this department, who can’t do anything to take away the win from that lady, who gets to experience thus the feeling of winning, which is hard to beat, because this is as if the Universe is telling you you’re kind of special.

The voiceover also urges viewers to find this feeling of winning in spades on FanDuel Casino.

Earlier this year, in March (which is Problem Gambling Awareness Month), FanDuel made a $100,000 donation to the National Council on Problem Gambling (NCPG) as part of its responsible gaming advertising campaign “The System”, built by FanDuel’s internal creative team and produced in partnership with Boomshot. FanDuel Responsible Gaming Ambassador and sports media personality Craig Carton was actively involved in the campaign throughout March, talking to FanDuel employees and FanDuel customers about his personal experiences with gambling and how his experiences can help others in managing their play.