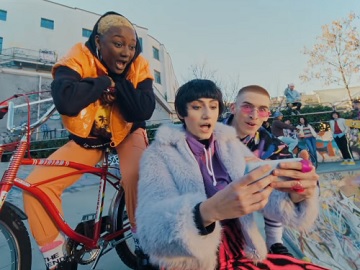 eBay promotes its mobile app in a new commercial, highlighting that, on eBay, you can sell anything because there are millions of potential customers.

The ad concludes with the protagonist hanging out with his friends and telling them, while munching on some chips, that, maybe, Claudio, who also lost the chance to get his dream job when he dropped his phone in the sewer, is going to be luckier with the phone he got from him.

The commercial ends with the voiceover stating that, on eBay, you can sell everything because you can find millions of people with millions of interests, and adding the tagline “ebay. Another story.”