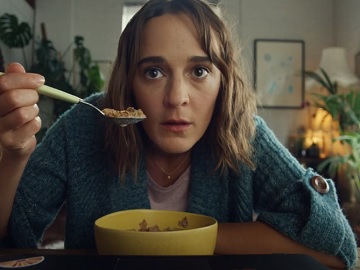 eBay UK has launched a new cross-channel campaign, titled “That’s the eBay Way” and created in partnership with McCann London, which aims to showcase “eBay’s ambition to provide a better way to buy and sell, both for people and the planet.”

One of the spots introduces the “Bargain Hunters” and features a diverse cast of eBay users who use the eBay website or mobile app to purchase the item they want and get a fantastic bargain on it. They are shown browsing for the product they wish for – a laptop, a pair of headphones, a bike, or a pair of boxing gloves – a while before tapping the “Buy it now” button. Early in the morning, while having breakfast, late in the evening, or while waiting for the bus, at the bus station – these “Bargain Hunters” are shown doing their research and getting a bargain on the desired product.

“Bargain hunters. Such a reductive title. This isn’t light entertainment. This is a sport. These, the apex predators. Their research – done. Sure, it may look like he’s just having a latte, but now it’s time to strike. Finding the perfect thing, at the perfect price,” the voiceover says in the 30-second spot, adding the tagline “That’s the eBay Way”.