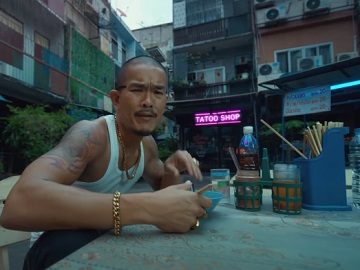 The language learning app Duolingo has launched a new campaign, called TattooDuoOver, which highlights that Duolingo will translate foreign-language tattoos for free and, if one tattoo is really bad, the “lucky” owner may win a much-needed tattoo duo over.

The spot, created by BETC Paris, features a diverse cast of people who had tattoos in a foreign language and they now carry a different word. One man, for instance, asked to have the sentence “I am free” inked on his back and what he got instead was “I’m for free”. One woman wanted to have the words “Live laugh love” tattooed and got “It’s a soft tuna” and another guy, who wanted a tattoo featuring the word “courage”, had his arm inked with the words “Toilet demon”.

The app’s campaign marks World Tattoo Day, celebrated on March 21. To get your tattoo checked by Duolingo’s team of language experts, users need to post a photo of the tattoo on social media using the hashtag #TattooDuoOver.

Mistranslated tattoos will be checked and fixed over the course of two weeks, starting from March 21. The owners of the “worst tattoos” in the UK will travel to Paris to have their designs fixed at world-famous tattoo parlour Abraxas.