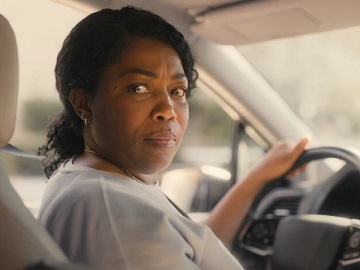 The spot shows him in a child car seat in a mother’s car, telling her she deserves a Dr Pepper for having gotten her kids to school. When the woman points out that she was 20 minutes late, he answers that parenting is hard and gives her a can of Dr Pepper.

At the end of the commercial, the Dr Pepper range – including Original, Diet and Zero Sugar – is showcased on the screen along with the tagline “The one you deserve”.

In other previous ads, Lil’ Sweet gets an unexpected invitation from a young woman who’s going to her fifth destination wedding in the last two months and convinces a woman to treat herself with a Dr Pepper for having used her exercise bike as a place to hang her sweaters.

The campaign presents Dr Pepper as a reward for things like using the exercise bike to fold the laundry, picking up the kids from school 20 minutes late, and not hanging well a big screen TV on the wall.

Guarini, who was the American Idol season 1 runner-up, began playing Lil’ Sweet in 2015.