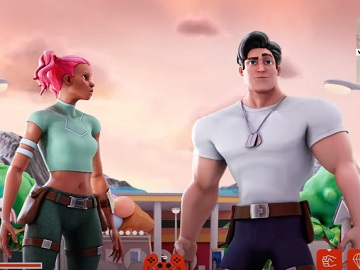 DoorDash has released a new ad to highlight that batteries, food and convenience goods are just minutes away with DoorDash.

The 30-second ad features two video game characters talking to each other. At some point, though, one of them, is lagging because the batteries from the gamer’s controller are out. The gamer immediately finds a solution: he orders batteries through DoorDash, has them delivered to his door in no time and is thus able to stay in the game.

“Stay in your game with DoorDash,” the voiceover says at the end of the commercial.

Earlier this year, in May, DoorDash announced a partnership with lifestyle and media platform rooted in gaming and youth culture FaZe Clan Inc. (“FaZe Clan”), which includes both content and marketing initiatives, with DoorDash appearing across FaZe Clan’s platforms as their official on-demand delivery platform.