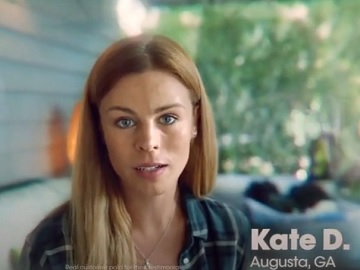 Cricket Wireless has released a new commercial to promote its network.

The spot features one of the Cricket mascots saying that people who come to Cricket stay with Cricket. The cute character then introduces Kate D., from Augusta, GA, who is shown in a video declaring “Little did we know that switching to Cricket was going to be a major upgrade. The 5G is like fast fast”.

The commercial ends with the voiceover saying “Switch for the speed, stay for the savings,” while an onscreen line informs that Cricket offers nationwide 5G on all plans starting at $25/line with 4 lines.

Eventually, the tagline “Smile, you’re on Cricket” appears on the screen and viewers are encouraged to join the Cricket Nation to see for themselves.

Cricket Wireless is famous for its ad campaigns featuring the cuddly characters. Miles, the green triangle mascot, Rose, Dusty (the round-shaped yellow one), Ramon (the round-shaped one with brown hair) and Chip (the square-shaped blue one) have all taken centre stage over the years. However, the carrier has also enlisted various celebrities to co-star with its animated mascots. Among them are Brian Posehn and Bárbara de Regil.