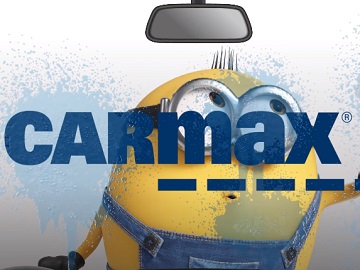 CarMax advertises its Instant Offers in a new commercial that also promotes the upcoming Minions movie.

The spot says that selling your car doesn’t have to be hard and that getting an online offer from CarMax is easy. Viewers are advised to get a real offer on their car in just two minutes.

At the end of the ad, the voiceover says the tagline “Car buying reimagined” and urges people to see Minions: The Rise of Gru only in theaters starting July 1st.

CarMax is not the only brand promoting the upcoming Minions movie. Liberty Mutual has also released a commercial promoting this film. The protagonist, a middle-aged man, is shown fishing and catching a ship filled with minions who eventually go back from where they came from.

Produced by Illumination and distributed by Universal Pictures, Minions: The Rise of Gru is the sequel to the 2015 spin-off prequel Minions and the fifth entry overall in the Despicable Me franchise.