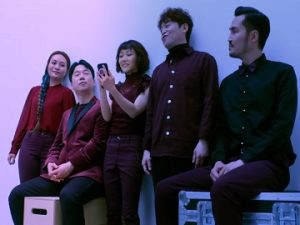 Candy Crush celebrates its 10th anniversary with a special partnership. The brand has teamed up with acapella sensation MayTree to perform its unique music and has released a video with their performance.

The five members of the Korean group are shown recreating the iconic sound effects of Candy Crush, all while one of them is playing the game. The latter seems to be taking flight and floating in the air before she literally gets back to her feet, among her colleagues.

The end of the 60-second video sees the group being surrounded by dozens of big colorful balloons and an onscreen line that reads “10 years of fun”.

“We chose to work with MayTree because MayTree is the embodiment of what Candy Crush is. They’re fun and they’re easy fun,” Fernanda Romano, Chief Marketing Officer, King, said.

Founded in 2000, MayTree has also been making a mark on mainstream media after their successful audition, earlier this year, in July, on America’s Got Talent Season 17, where they earned all the judges’ approval to move to the next round of the competition. They have also gone viral for their medley of the “Squid Game” soundtrack.