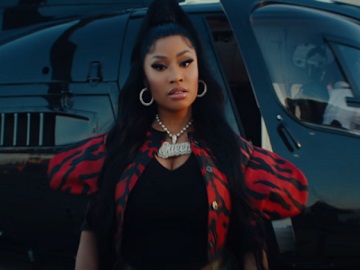 The trailer features Nicki Minaj, Pete Davidson, Lil Baby, Kane Brown, Bukayo Saka, Lando Norris, Jalen Ramsey, David Long Jr., Faze Clan’s Nuke Squad, as well as squads from all over the world singing “Squad Up”, the new gamer anthem, set to a remixed military marching song. The video doesn’t include gameplay at all but includes instead switches between various groups that are singing this anthem and Call of Duty’s praises.

“The ultimate weapon is team” an onscreen line reads toward the end of the trailer, which informs that “Call of Duty: Modern Warfare II” will be launched October 28.

“Call of Duty: Modern Warfare II” is now available for pre-order for PlayStation 5 and 4, Xbox One, and Xbox Series X|S. For PC, the installment can be pre-purchased via Battle.net or Steam.

The highest-tier version of the game, the Vault Edition, is available for all platforms and has an MSRP of $99.99.

Players who purchase the Vault Edition will receive one Season of the Battle Pass and 50 Tier Skips (or its equivalent) at Modern Warfare II launch, will get four classic Multiplayer Operators: Ghost, Farah, Price, and Soap and the right tools for the toughest missions, and will also be able to unlock many other features.