Home / Latest Spots / British Army Nothing Can Do What A Soldier Can Do Advert – Feat. Laser-Eyed Robot 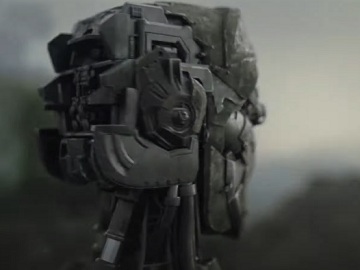 British Army has launched a £139 advert on a job listings website for recruitment, because its £173 million digital system is still offline, after two months of being nonfunctional.

“Technology will help us do incredible things, but nothing can do what a soldier can do,” the voiceover says in the 60-second ad, which features a war laser-eyed robot scouting the terrain of a conflict zone and eventually turning into a human.

“The army of the future still needs you” an onscreen line reads at the end of the advert, which is set to be shown in cinemas, on television, and online.

The campaign, titled “Nothing Can Do What A Soldier Can Do”, also includes images of soldiers and robots displayed on billboards.

“We want to tell future recruits that, no matter what technological advancements we make, it is the judgment, intelligence and even the wit of our soldiers that is indispensable to the future of the Army,” Colonel Nick Mackenzie, assistant director of recruiting, said in a press release.