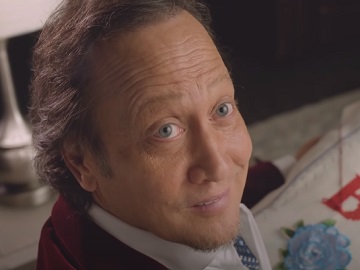 The commercial opens with the retailer’s iconic Little Bob and Puppet Bob using a seashell to assemble the Bobs from all over to join them and let consumers know that they can get the furniture they love in stock and fast at Bob’s Discount . At this point, notable celebrities and influencers including movie star Rob Schneider, rapper, actor, and television host Rob Van Winkle (aka “Vanilla Ice”), WWE Superstar Bobby Lashley (aka “The All Mighty”), a likeness of artist Bob Ross (creator of The Joy of Painting), and Cuban model and actor Roberto Hernandez hurry up to answer to the call of Bobs.

The commercial ends with an invitation for viewers to shop what’s in stock, in store or at mybobs.com.

Developed in partnership with the company’s internal marketing team and creative shop Arnold Worldwide, the “Assemble the Bobs” campaign includes TV and radio, engagement in media platforms such as YouTube and Twitch, and partnerships with Univision and Telemundo. Bob’s Founder Bob Kaufman will also make a special appearance in the company’s ads around President’s Day.