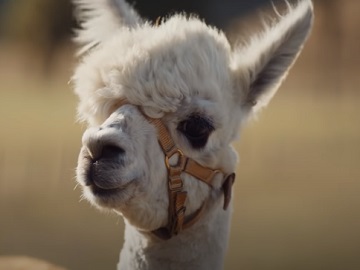 Bank of New Zealand promotes its mobile app in a new commercial, highlighting that you can manage your money, your way.

The ad features a couple who made the decision to grow their family but, luckily, Bank of New Zealand made the banking stuff simple. “So simple Indie (the woman) could drag and drop money with a swipe.” It turns out the two life partners have grown their family by purchasing two alpacas and, seeing the animals in front of them, can’t help about thinking to get other five or at least four of them.

“Now they just have to agree on how much bigger their family should be,” the voiceover says at the end of the commercial, which sees the woman paying for other four alpacas.

“Manage your money, your way in the BNZ app. It’s banking made simple,” the voiceover also adds at the end of the 30-second spot.