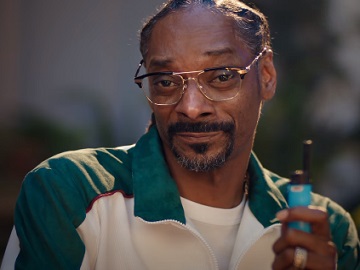 One of them features the rapper and Martha relaxing outdoors. When Snoop asks Martha to pass him the BIC EZ Reach lighter and a bowl, Martha hands him a bowl of strawberries. Snoop says that this lighter is perfect for hard-to-reach places and Martha points out that it helps keep your fingers away from the flame. He lights a candle, but then questions the smell in the air, which it turns out is coming from a fondue pot that Martha lit using the EZ Reach lighter.

Another recent ad shows the two in the garden, smoking a turkey and eating marshmallows. Dogg introduces the BIC EZ Reach Lighter as “The Ultimate Lighter for candles, grills, and so much more”.

Mary Fox, General Manager of BIC North America, said in a press statement that “The new campaign featuring Snoop Dogg and Martha Stewart allows us to connect with our consumers in a relevant and playful way while highlighting all the usage occasions and core benefits that set EZ Reach apart in the lighter category. This is an exciting next step for the BIC EZ Reach Lighter, which has received rave reviews from consumers looking for a lighter that lights hard-to-reach places!”