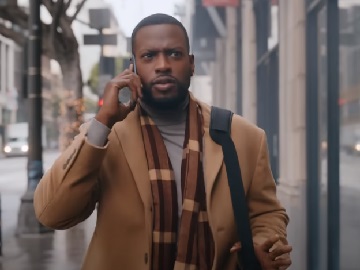 The 30-second ad, titled “Season Saved”, opens with a man talking to his sister on his way to work about mom’s gift. It turns out he has forgotten about it but he doesn’t admit it, though. What he does, instead, immediately after ending the phone conversation, is to order some Bose QuietComfort earbuds from Best Buy with same-day delivery. Later on, he is shown in the car, parked in front of his mother’s house, waiting for the delivery to take place. After receiving a notification that the parcel has been delivered, the man grabs a Best Buy bag and rushes to the door to take the box and put it in the bag. He thus manages to surprise his mom, who tells him he shouldn’t have brought her a present. “Almost didn’t,” he answers with a smile.

“Best Buy same day delivery gets the right tech where you need it, when you need it,” the voiceover says at the end of the commercial, which also features the tagline “Season Saved” flashing across the screen.