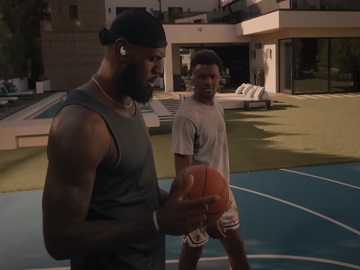 At the end of the video, LeBron takes a phone call on his earphones from his wife, who wants to know if they want sushi or tacos. He asks Bronny about his option, which is sushi, communicates it to his wife, and then tells her he wants tacos instead.

The film, titled “King of the Court: LeBron James’ Legacy Continues with Bronny”, hinges on the playful back-and-forth between father and son and also signals the continuation of LeBron’s legacy, as Bronny officially joins the Beats roster as the first high school NIL signing. LeBron James was the first athlete to sign with Beats.