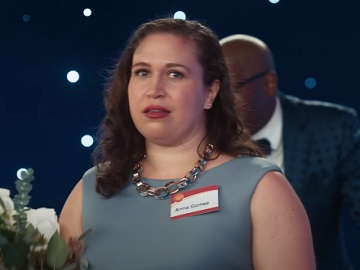 One of the commercials features Mila Kunis and Demi Moore competing against each other for the award of “Most Admired Alum” of their high-school. While the host is ready to announce the winner, the two ladies head to the stage, convinced that they will get this title. However, it soon turns out the winner is someone else, a woman named Anna Gomez. The latter is the school’s “first GIGillionaire,” a word Mila hasn’t even heard of, with the fastest internet provided by AT&T Fiber.

While still on stage, Demi tells Mila she had no idea that they went to the same highschool, which makes her “opponent” reply “We have a lot in common” (a nod to their shared romantic history, Mila being married to Demi’s ex-husband, Ashton Kutcher).

The commercial ends with the actresses being asked to get off the stage and with the tagline “Live like a GIGillionaire”.

Another ad in the campaign features Zac Efron playing both himself and a fisherman .

AT&T is rolling out 2Gbps and 5Gbps speed tiers for its fiber-optic internet option. The company has announced, during its Life Gigified event, that new and existing AT&T Fiber customers will soon be able to take advantage of these multi-gig connections. A multi-gig means a single connection that offers speeds higher than 1Gbps.