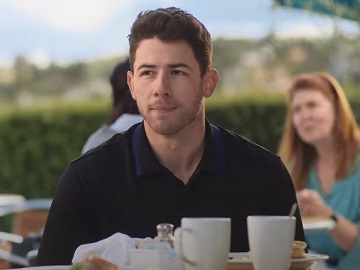 AT&T has enlisted a host of celebrities to star in its new golf-themed campaign, launched for this year’s Masters Tournament.

One of the spots opens with Nick Jonas talking to pro golfer Jordan Spieth and telling him he has never lost so many balls before. Spieth explains that it was the bad timing on those spam calls and the singer concludes that this is the reason why his gloves are out of his hands. He also mentions that he doesn’t normally drive the golf cart into the water in a fit of rage because he bogeyed. As the video continues, revealing what happened with him and the golf cart, viewers get to understand why Spieth will probably never ride in a golf cart with him again.

The golf player tells him that, with AT&T, he gets built-in protection to block those calls.