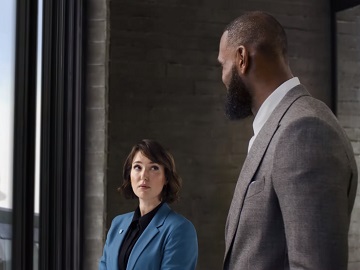 AT&T has released a new commercial to highlight that only AT&T gives everyone the best deal on every iPhone.

The spot opens with LeBron James in an AT&T store, with banners promoting the new iPhone 14 Pro in the background, saying “The new iPhone 14 Pro. It’s amazing!”. It turns out he is talking to AT&T’s longtime spokesperson Lily, played by Soviet-born American actress Milana Vayntrub, who confirms that the camera is incredible. “And you’ll get our best deal,” she also tells him. He says everyone should get it and Lily confirms that everyone can get it, both new and existing customers, on every iPhone.

He then stands up and declares that his work there is done and states, looking at the camera, that everyone gets the best deal on every iPhone.

“It’s amazing!” he also adds. His confidence and acting skills make Lily ask him, a little bit worried, if he’s coming for her job.

The commercial ends with the voiceover saying that everyone gets AT&T’s best deal on every iPhone and urges viewers to get the new iPhone 14 Pro on AT&T.