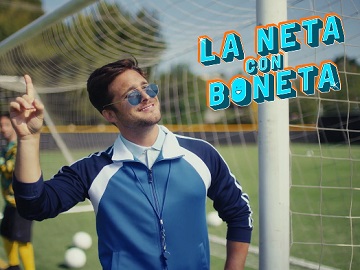 AT&T promotes its AT&T Fiber in a new commercial.

The spot, titled “El Portero,” features Mexican actor Diego Boneta as a referee saying that, “if you were to freeze as much as this goalie on your video calls, truth is, it might be your slow upload speeds.” He also adds “and that, my friends, is La Neta con Boneta” and asks for cue music to play. At this point, the jingle “La Neta con Boneta” plays.

The comparison was made between Internet wired upload connection speed and down capacity vs. major cable provider’s 1Gig and 1.2 Gig services with uploads of 35Mbps.