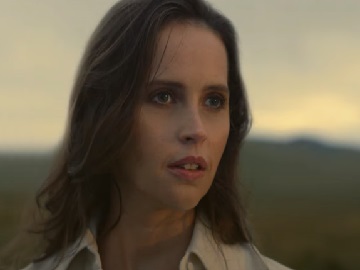 Shot in the British landscape of Dartmoor National Park, the spot features the Oscar-nominated actress delivering a monologue that tackles the evolution of the definition of power in society.

“Power. What is it? A power lunch with the people in power? Feeling all-powerful sipping on Perignon and admiring your Picassos? Is that power? Really? Or is it something more considered? Do I want the power to start something? Power to change the powers that be? Should I shout to be heard or whisper to make you listen? Have the power to be the first, to have the power to charge ahead, yet also having the power to know exactly when to stop,” the British actress says, concluding that “maybe power is the strength to write our own rules, refuse to be bound by what’s come before, and if that’s the power move, shouldn’t we all want something… well… a little more powerful?”.

At the end of the advert, the DBX 707 luxury SUV, finished in British Racing Green with sleek black accents, appears on the road, in front of her.

The campaign debuted on the automotive brand’s social media platforms and also marks the launch of the “Power.Driven.” tagline since the launch of Aston Martin‘s new “Intensity.Driven.” brand identity, earlier this year.