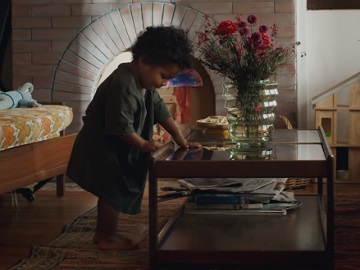 Apple highlights the iPhone’s 13 durability in a new commercial that carries the tagline “Relax, it’s iPhone”.

The spot follows a toddler who runs around the house with his mom’s iPhone 13 in his hands. However, even though the energetic child seems to seriously damage the smartphone, throwing it and dropping it several times, his mother doesn’t worry about it because the device features Ceramic Shield, which is tougher than any smartphone glass.

“Toddler resistant. Relax, it’s iPhone.” onscreen lines read at the end of the commercial, which is scored by Leikeli47’s latest single, “Chitty Bang,” released on January 4, 2022.

The tech giant has been promoting its iPhone 13 models in several other ads, showcasing the camera’s features, including the Cinematic mode and the low light performance, as well as the longer battery life.