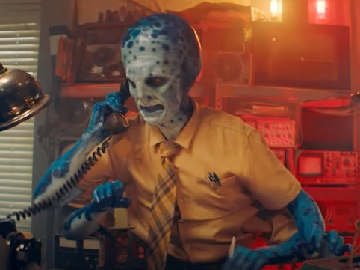 Following its recent rebrand to An Post Insurance, the 100% Irish, wholly owned subsidiary of An Post, has launched a national ad campaign to unveil its new identity and messaging.

“Insurance quotes, with questions more complex than honors maths and language so alien they were quite possibly written by one. At An Post Insurance we’re here to fix all that,” the voiceover says in the 30-second ad, titled “Human about Insurance”, mentioning “online quotes a regular person can understand, help as standard if you’re ever in a pinch, and humans who speak plain English”.

The advert, which features a homeowner losing patience with the range of options and quotes she’s seeing on her laptop and a man stranded with a broken-down car at the side of the road in the middle of nowhere, ends with the narrator adding the tagline “For insurance that’s simple, easy, a little more human” and urging viewers to talk to them today.