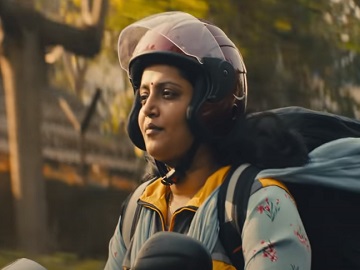 Amazon has released an inspirational ad for this Mother’s Day, telling the story of the women of the all-female delivery stations of India, who – against the odds – blaze a trail for other women to follow.

The e-commerce company says that these stations, owned by women and run by women, provide a source of financial independence, once reserved only for the men of India, and shows in its commercial a woman making a delivery on a scooter. As she rides through the city, she manages to get everyone’s attention, leaving some of the “witnesses”, mostly men used to see only men doing this kind of work, open-mouthed.

The song playing in the background is James Brown’s “It’s A Man’s Man’s Man’s World“. The iconic track, included on the musician’s compilation album of the same name, is available for purchase on Amazon at prices starting from $1.78.