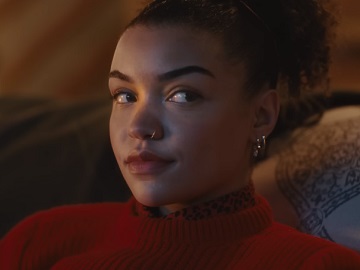 The spot features Red Riding Hood going to her grandmother’s house at night and being followed by a wolf. Luckily, she was able to save big thanks to Amazon’s Early Holiday Deals and was ready for those uninvited guests. When the wolf shows up at her grandma’s house and starts howling, Red Riding Hood gives him a squeaky toy and the terrifying animal immediately turns into a good boy.

The end of the commercial sees the big, bad wolf playing with its new toy near the house and the line “Shop legendary deals” appears on the screen.

This is not the first ad promoting Amazon’s Early Holiday Deals. The e-commerce company has released several other ads to tout its exclusive deals.

Earlier this month, on October 11 and 12, the Amazon Prime Early Access Sale took place and Amazon Prime members had the chance to get special savings on thousands of items across all product categories.

Consumers can get a 30-day free trial before they start paying for an Amazon Prime Membership, which costs $14.99 per month and $139 per year.