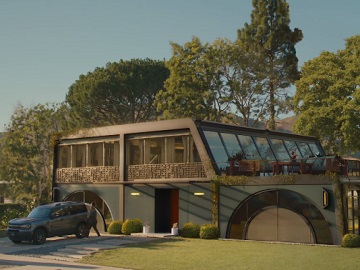 Allstate has released a new commercial to highlight that consumers who bundle can save up to 25%.

The 30-second ad, titled “Car Sweet Car” (a reference to the expression “Home, Sweet Home”), features a man living in a car-themed house, where his bed looks like the truck of a pickup truck, and his coffee maker and toaster have a design that makes viewers think of cars, too. While he’s waiting for his coffee to be made and for his slices of bread to be toasted, he gets a notification on his phone, informing that he has just saved 25% for having bundled his home and auto insurance. He then grabs his car keys and goes outside, to get at the wheel of his SUV.

The voiceover declares that, at Allstate, you don’t have to love cars to save when you bundle your home and auto, but “if that’s what you’re into, that’s cool.” The narrator also urges viewers to bundle and save up to 35% with Allstate.

The soundtrack music is Cars by Gary Numan, from his debut studio album, “The Pleasure Principle”. The song ia available for purchase on Amazon for $1.29.