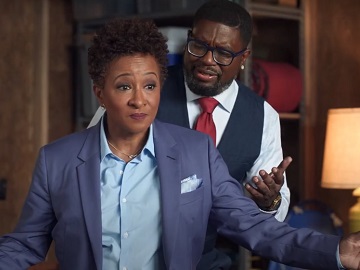 Aflac, a company that provides supplemental insurance to help pay out-of-pocket expenses your major medical insurance doesn’t cover, urges business owners to protect their employees from the unexpected in its latest commercial.

The spot is created like an Aflac Pre-Pain Show and features Wanda Sykes standing in front of Lil Rel Howery, stopping him from moving where he wants. When he asks her what she is doing, Wanda answers that she’s protecting him, like a good company would. “From what?” he also asks. “The unexpected,” Wanda says.”Oh, come on!” he exclaims, trying to move around her.

The commercial ends with the onscreen line “Help protect your workforce from unexpected medical bills”.

Other ads in the campaign feature Sykes and Rey as hosts of the Aflac Pre-Pain Show, where they comment various episodes and highlight that Aflac helps cover your unexpected medical bills. Lil Rel is also working with Aflac to raise awareness of Colorectal Cancer and help stand in the gap to stop this deadly disease.

This is not the first time Lil Rel stars in a commercial for Aflac. Last year, he appeared in a campaign alongside Rob Riggle as hosts of the Aflac Post-Pain Show.