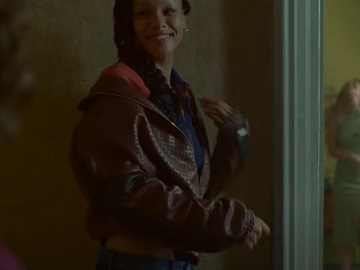 Online fashion retailer Zalando encourages people, in its Christmas commercial, to reflect and share real moments that bring them joy.

The ad, titled “Joy Is Ours” and shot by Grammy nominee Savanah Leaf, features a diverse cast of people enjoying special moments with their loved ones during the holiday season. A pregnant woman lies in bed with her partner, a young woman shares a kiss with her boyfriend, two children make a show in front of their family members, friends are getting ready to go out.

“And if only for a moment it arrives, a moment that’s shared. A moment inside us all. That takes us away. And that cannot be taken from us. This moment is our. Joy is ours,” the voiceover says throughout the 60-second commercial.

The soundtrack music is “Outro” by French electronic music artists M83, from their sixth studio album, “Hurry Up, We’re Dreaming”, released in 2011.

The campaign, created in collaboration with creative agency Anomaly, also includes DOOH moving assets, emotional stills captured by celebrated Brooklyn-based photographer Geordie Wood, and social media activity. As part of the campaign, next month, actors, brands, models, and partners that Zalando has worked with during 2021 will be sharing their own images of what joy means to them on social media.

“The last two years have brought many challenges to all of us, and Zalando is determined to bring a feel good movement to this Holiday Season as communities around Europe look to make up for lost time. At Zalando, self-expression is part of our DNA, and through the #JoyIsOurs campaign, we hope to create a platform where our community can express and share their own joyful moments and memories to build a wave of positivity in time for the Holiday Season,” Ralph Rijks, VP of Global Marketing at Zalando, said in a press statement.