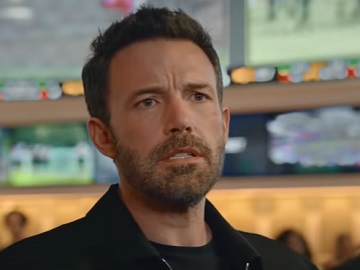 The spot details Affleck and comedian Melvin Gregg’s journey to the sportsbook at Wynn Las Vegas where they interact with NBA champion Shaquille O’Neal and sports betting enthusiasts. J Lo’s mother, Guadalupe “Lupe” Rodríguez, also makes an appearance, passionately risking all her coins on the slot machine hoping for a big win while Affleck walks by. “Come on, Lupe! You can do this, girl, just like the slots in St. Louis!” she exclaims while expertly playing two machines at once.

The commercial, filmed back in June, ends with the tagline “Betting is a team sport”.

WynnBET is an Authorized Gaming Operator of NASCAR and proud marketing partner of several NFL, NBA and MLB teams.

Rodriguez is no stranger to casino culture. Jenifer Lopez said her mother once won $2.4 million at an Atlantic City casino.