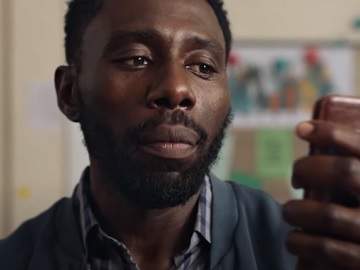 WhatsApp has launched a global privacy campaign called “Message Privately” in partnership with BBDO Berlin, which highlights the benefits of end-to-end encryption and promotes how the platform protects the privacy of people’s messages with industry leading privacy features.

One of the spots, which mark the commercial directing debut of Courtney Hoffman of Lief, features a woman at the office, who is forced to listen to her annoying boss until the moments she gets a private message on WhatsApp. After shouting from the top of her lungs in the bathroom, where she reads the message, she gets back to her desk only to grab her belongings and leave. Happy to quit her current job, the worker struts confidently out of the building.

“Whatever is next, with end-to-end encryption, only she knows,” an onscreen line reads at the end of the commercial.

Another ad features a couple on a date who manage to make a private connection even though they are being dominated by their oblivious matchmakers.

The campaign launched in the UK and Germany across online video, digital, (D)OOH, audio, Facebook, and Instagram and is set to roll out in several other international markets, including France, Mexico, Indonesia, India, and Brazil, over the coming months.