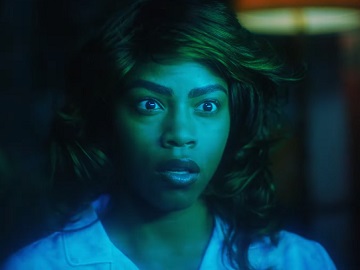 Wendy’s has dropped a brand new ad for its New Hot & Crispy Fries, urging consumers to avoid the horror of the cold and soggy.

The horror-inspired commercial features a woman watching TV and getting all terrified when a skeleton hand comes out of the TV and gives her some cold and soggy fries.

“Nothing is scarier than some cold and soggy fries” an onscreen line reads at the end of the video, which sees the protagonist shouting from the top of her lungs.

In a previous commercial for its new Fries, the fast-food chain took down McDonald’s version of the snack, saying that Wendy’s fries are almost preferred 2 to 1 over the ones served at McDonald’s. The spot showed, on one hand, empty drive-throughs and soggy fries, with staff voices in the background asking customers if they want fries with their order, and a glossy storefront, on the other hand (the Wendy’s), with a voice from a digital speaker system asking visitors “What would you like with your Hot & Crispy Fries?”.

Wendy’s president Kurt Kane revealed, in a press statement, the secret for their Hot & Crispy Fries, explaining that they’ve balanced the cut of the fry and “kept a little bit of the skin of the potato on the fry to be able to drive flavour.” They have also used “a batter system that allows us to be able to maintain crispiness, both when they’re fresh and hot out of the fryer as well as several minutes later”.