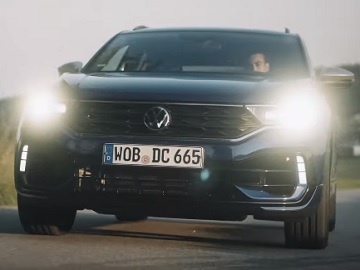 Volkswagen promotes its VW T-Roc in a new commercial.

The spot features a guy with a pony tail who tries to grab the car keys from his girlfriend so he could go for a ride, but she refuses to give him the keys and urges him to take the skateboard instead. Once he gets out of the building, he sees the VW T-Roc and imagines that he gets at its wheel and hits the road. He escapes the city and drives somewhere in the middle of nature, where he enjoys the view, the fresh air, and the stunning car.

The song used in the ad is the 2021 single “Where We Come Alive” by Adeline River from their self-titled album.