Home / ICT / Verizon Commercial: Have You Got Any Games on Your Phone? 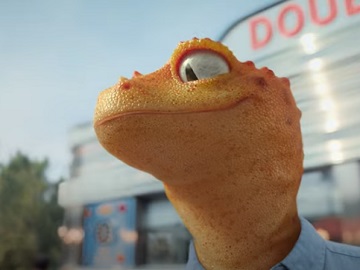 Verizon promotes its 5G network as built for gamers in a new commercial.

The spot features a world where reality blends with fantasy. Game characters walk by real people and real people become game characters thanks to AR gaming. A waiter with lizard head, cups of coffee taken to the table by clouds united by rainbow are only some of the elements included in the ad, which concludes with a bored girl asking a guy sitting at a nearby table at a coffee shop if he got any games on his phone.

“Extend your reality” an onscreen line reads at the end of the commercial, which also touts the AR gaming on the go with 5G Ultra Wideband.

This is not the first time the carrier touts its 5G network as perfect for gaming. Verizon says it uses the unprecedented power of 5G Ultra Wideband to create new possibilities in mobile and cloud gaming. Its 5G Ultra Wideband could deliver a very high-speed gaming experience with ultralow latency and, when lag is minimized, creates a truly fair match.