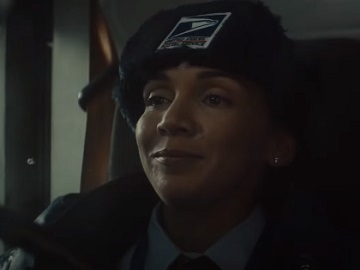 The hardworking people of the United States Postal Service are presented as Santa’s helpers in the USPS Christmas commercial.

The spot features a diverse cast of USPS workers making holiday deliveries and bringing joy into thousands of homes across the nation. In voiceover, a child recites a poem that is as follows: “My helpers abound, I’ll need you today. Our sleigh is now ready, let’s get on our way. A mountain of toys to fulfill many wishes must be carried across all roads and all bridges. And when everyone is smiling and having their fun I can turn my sleigh north because my job here is done”.

The commercial ends with the voiceover saying that “It’s not magic that makes more holiday deliveries to homes in the US than anyone else, it’s the hardworking people of the United States Postal Service”.

USPS announced that they are modernizing their infrastructure, hiring more employees, and adding more vehicles to their fleet “because it’s not magic that will deliver over one billion packages across the country this season, it’s the updated network of the USPS”.