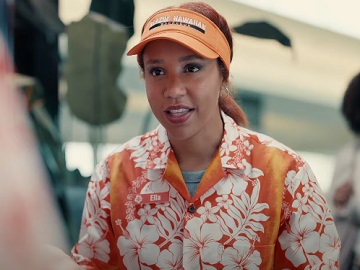 TikTok promotes its network in a hilarious new commercial, which presents the case of the secret New York apartment that a TikTok user named Samantha Hartsoe found behind her bathroom mirror.

The spot, created by Le Truc (the US-based agency of Publicis Groupe), features juxtaposed footage of a diverse cast of people telling this story to a family member, a friend, or a coworker. They talk about how this girl (Samantha) found a hole under the bathroom mirror, crawled through it and found the secret flat, leaving their interlocutor speechless.

“You know what? I’ll stop talking now. You should see it,” one man says at the end of the commercial, which ends with the tagline “You Have To See It” and Samantha Hartsoe’s user on the social network. The next shot sees Martha Stewart making a hole in the wall of her home and concluding there’s no hidden apartment.

The commercial also features cameos from some TikTok creators, such as @tinx, @ghosthoney, @alexisnikole e @brookeab.

Harthsoe filmed her discovery of the hidden apartment that had been behind her bathroom mirror in a four-part video series on TikTok. Donned with a flash on her head and a hammer, she crawled through the small hole and reached the place, which turned out to be quite big. However, the apartment had ripped-up floors, exposed piping and there wasn’t a toilet or bathtub, which made it uninhabitable.

The 26-year-old young woman from New York started posting TikTok’s in February and has become an internet sensation thanks to her filmed discovery, which went viral.