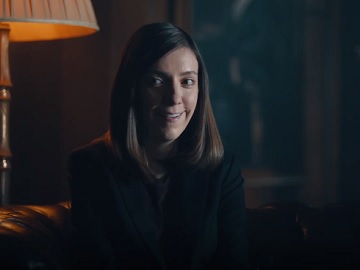 The General continues to promote its car insurance in a new commercial.

The spot features a family gathering after the grandmother’s funeral, where her will is read. To everyone’s surprise, the old lady left the entirety of her estate to her great granddaughter Sarah, whom she disowned after she had recommended her The General for her auto insurance. “Turns out Sarah’s right about The General. I just misjudged them based on their commercials. They’re actually a quality insurance company that’s been saving people money for nearly 60 years,” the deceased wrote in her will. At this point, Sarah can’t help tell her relatives, who are outraged by the news, “I told you, guys!”.

The commercial ends with the tagline “For a great low rate and nearly 60 years of quality coverage, make the right call and go with The General”.

The insurance company has released several other commercials in which those who have recommended The General have suffered various losses but their piece of advice was later on appreciated. A band member, for instance, has been kicked out of the band and became a street musician, a call-center worker had his desk moved into a janitor’s closed, and Shaquille O’Neal has been left in the woods by Craig Robinson and some friends during a hike because he had also told them to check out The General for auto insurance.