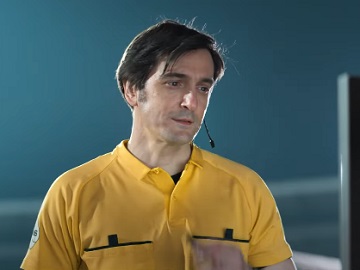 The ad, titled “Every Detail Matters,” features a referee who orders a TCL C82 Mini LED TV to watch the game.