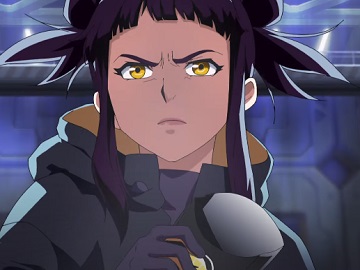 Taco Bell promotes the return of its fan-favorite Nacho Fries in a series of new commercials.

In one of them the voiceover says that from the minds behind Taco Bell’s Fry Force comes another mouth-watering adventure, packed with seasoned beef and covered with your favorite toppings. “It’s the new loaded Taco Fries, now serving in Taco Bell locations,” he also mentions.

The fast-food chain has created a 20-page manga, called Fry Force Manga, which revolves around a character named Rei, who is motivated by the disappearance of her brother, Kosuke, and this all has something to do with the reappearance of Nacho Fries. When Kosuke is taken by Nacho Fry devouring monsters, Rei must push through her hunger and lead the Fry Force, an elite squad of mecha pilots to keep the monsters at bay. But when the monsters unexpectedly overtake the team, Rei finds herself face to face with her long-lost brother. Now that he’s consumed by a primal hunger for Nacho Fries, Rei must decide what she’s willing to sacrifice in order to save Nacho Fries and the world.

The menu item is available at participating locations for a limited-time only.