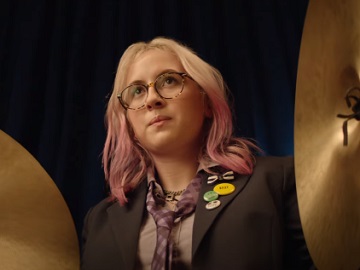 The spot, titled “Crescendo,” features a young woman supposed to play the cymbals in an orchestra, who leaves during a rehearsal because “When you need a Taco, you need a taco”. Other colleagues join her and they all get together around the table with a $5 Beef Chalupa Cravings Box and $5 Veggie Chalupa Cravings Box.

The song used in the ad is “Feel It Still” by Portugal. The Man.

In other ads, the fast-food chain promotes its Toasted Breakfast Burritos and its $2 Beefy Melt Burrito and Fiesta Veggie Burrito.